This easy Apple Crisp recipe is full of juicy, ripe gala apples in a gooey cinnamon sauce all topped off with a crunchy oat topping. Apple crisp with gala apples is a classic and delicious fall treat that you are going to make again and again.

This apple crisp with oat topping is a family favorite. We love fun, fall desserts, like my Cinnamon Apple Bread that will make your whole house smell dreamy or the softest Snickerdoodle Bars with Cinnamon Frosting. Or make this much loved recipe, you will definitely want it in your collection.

We got a jump start on fall and went apple picking last weekend at our favorite orchard down here in the south. This is a lot earlier than we’ve gone in years past, but I just had a longing to go spend some time in those fields among the trees.

Apple picking is my all time favorite fall activity. Well, that and making apple cider slushies, my kids adore them and for the adults I make this warm spiked apple cider topped with a mountain of whipped cream.

I typically like to bake with Granny Smith apples when I am making any type of apple desserts, but those aren’t harvested until October. What they did have though was trees full of beautiful, red gala apples. So instead of Granny Smiths we ended up with an abundance of galas.

So I did what any reasonable person would do, I made Gala apple crisp.

While I love the cinnamony, gooey apples in this recipe, I have to say that the homemade apple crisp topping is my favorite part. I could eat a bowl of that all on its own. Not many things can beat fresh, creamy butter cut into old fashioned oats, brown sugar and cinnamon. Some people make apple crisp without oats (like the Joy of Cooking apple crisp), if you like you can make a different topping, but I love this one with all of the oats!

We like to make this dessert year ’round, but there is something special about making it with apples you picked yourself. My favorite time to make it is in the fall. Of course, you can make this with apples you grab from the store. Keep in mind that apple season is from August to November so this is when the apples will have the best flavor.

I always enjoyed eating the Betty Crocker apple crisp recipe growing up. This one is is very similar to hers but not exact. Betty Crockers recipe includes nutmeg in the oat topping and mine does not.

Can you Make Apple Crisp with Gala Apples?

Yes, of course you can make apple crisp with Gala apples, but it is not necessary to use them in this recipe. You can switch out the Gala apples for a few different apples (listed below).

What is the Best Apple for Apple Crisp?

The best apples for baking apple crisp are Granny Smith apples, they are normally my go-to apples. Any sweet, but tart apple will work and it is best if it is also a firmer apple. Like Gala (of course), Honeycrisp, Golden Delicious, Fuji, Jonagold, or Crispin.

Do you Peel Apples for Apple Crisp?

It is not a requirement to peel the apples for apple crisp. Leaving the peel on can add an extra tartness and some vitamins that are found in the apple skin. I personally peel the apples because we prefer the texture of the crisp when the apples are peeled. Sometimes the peels stay a little tough and don’t get completely soft during baking. If you love the peel (or just want to save some time), leave the peel on.

How do you Make Apple Crisp from Scratch?

Apple crisp is a very simple apple dessert that is so much easier to make than an apple pie! It is one of my favorite fruit desserts. To make apple crisp from scratch just peel, core, and chop some apples (I like to let my oldest peel the apples). Mix them up with some cinnamon and sugar. Dump them into a greased pan. Mix the ingredients for the topping, sprinkle over the apples, and BAKE. That’s it!

How to Make Easy Apple Crisp

You are going to be eating apple crisp in no time with this recipe that you are going to love. For more precise ingredients and instructions please see the recipe card below.

Try these other delicious dessert recipes! 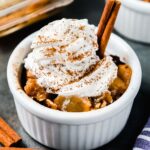 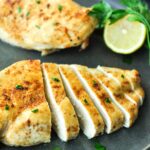 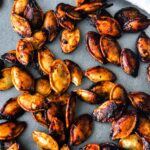 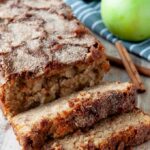 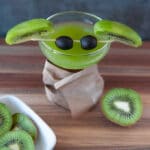 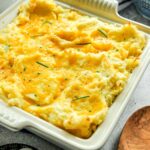 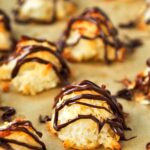 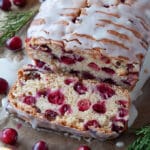 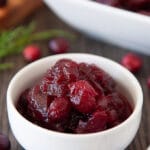 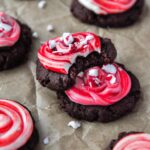 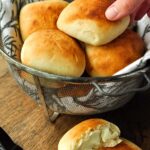 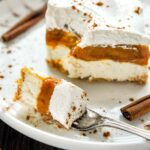